Tribute to a city and its world-famous sons 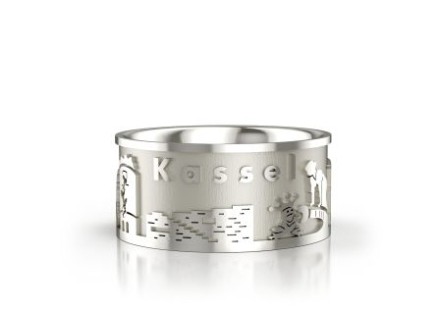 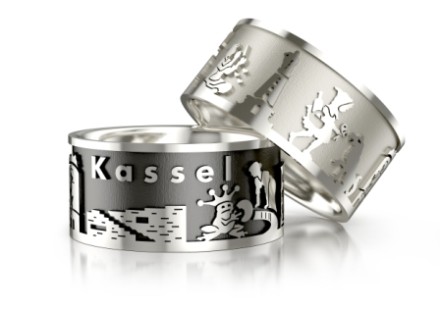 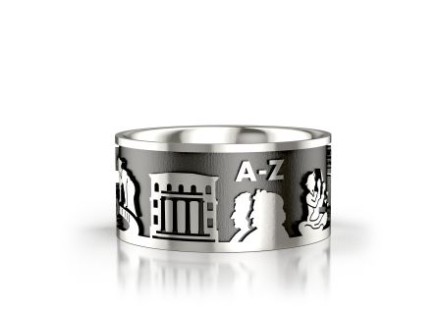 The GRIMM RING of Kassel combines design, art, culture and history in a single piece of jewelry. The world of fairy tales on one ring. The motives in detail: 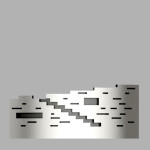 In the center of the German Fairy Tale Road there is the city of Kassel with its impressive exhibition house GRIMM WORLD Kassel. Since its opening in September 2015 the GRIMM WORLD offers information, entertainment and many surprises for young and old.-> www.grimmwelt.de

“You have to keep your promises.”

„Oh yes,“ she answered, „I will promise it all, whatever you want, if you will only get me my ball again.“ But she thought to herself: What nonsense he talks! As if he could do anything but sit in the water and croak with the other frogs, or could possibly be any one’s companion.“

While a princess is playing with her golden ball, it falls into a well. A frog offers to help her if she shares bed and board with him in the future. The princess promises him anything he wants. But as soon as she has retrieved the ball, the princess didn’t care of the frog anymore. However, the king demanded from his daughter that she has to comply with her promise. The frog disgusted the princess so much that she threw him against a wall, which made him turn into a prince.

Here once lived the brothers Grimm

Once there were two brothers who lived in Kassel many years and stayed here for the “most hard-working and perhaps the most fertile time“ of their lives.

At the Brüder-Grimm-Platz in Kassel you’ll find the famous gate guard. The two opposing buildings are part of an unfinished door system, designed by the architect Heinrich Christoph Jussow in 1805. From 1814 to 1822 the brothers Grimm lived in the northern gate house, which is reminded by a monument of Jacob and Wilhelm Grimm in front of the gate guard.

Living, working and gathering in Kassel

„What do we have more in common than our language and literature?“ (Jacob Grimm)

The brothers Grimm were the linguists and folklorists Jacob Grimm (1785-1863) and Wilhelm Grimm (1786-1859). Their „Children’s and Household Tales “ are the most read, best-selling and most translated German book. Together with Karl Lachmann and Georg Friedrich Benecke they apply as the founder of German philology and wrote the first part of the „German dictionary“, the largest and most comprehensive dictionary of the German language. 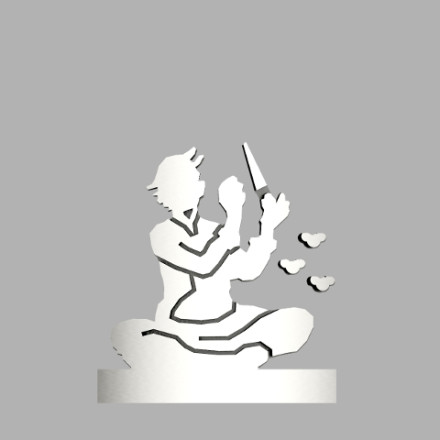 Anyone can achieve great things

„This is indeed somewhat,“ he said, wondering at his own gallantry; „the whole town shall know this.“ So he hastened to cut out a belt, and he stitched it^ and put on it in large capitals „Seven at one blow!“

A tailor kills seven flies at one blow during the dinner. Excited by his achievement, he embroiders the words „The Magnificent Seven“ to his belt and takes it on his journey through the world. The people believe that they have a hero in front of them. When the king hears about that, he promises his daughter’s hand to the tailor. But first he has to overcome a number of challenges like defeating boars, unicorns and giants, which the tailor always manages with his ingenuity. 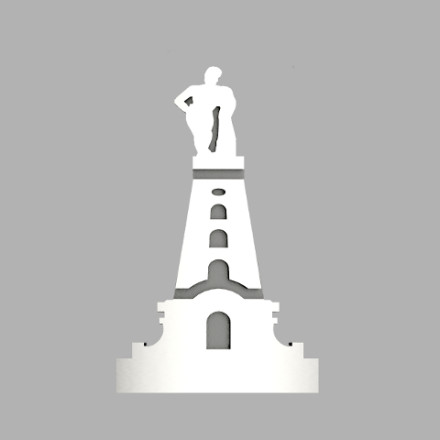 The landmark of Kassel

„He tightened the rope around the neck until the lion suffocated. From this day on he wore its fur – it made him virtually invulnerable”.

The Hercules is a copper statue in the mountain park Wilhelmshöhe in Kassel. It represents the Greek demigod Hercules. At the top of a huge pyramid above an imposing octogan castle the 8.25 m large statue dominates the whole area. As an example of absolutist architecture Hercules belongs to the World Heritage Site by UNESCO.

Don’t let yourself be abused

Break the chains: Take your life into your own hands.

„Rapunzel, Rapunzel! Let down your hair! Rapunzel had beautiful long hair that shone like gold. When she. heard the voice of the witch she would undo the fastening of the upper window, unbind the plaits of her hair, and let it down twenty ells below, and the witch would climb up by it.”

A girl named Rapunzel is detained in a high, doorless tower by an evil sorceress. When she calls, Rapunzel lets down her long hair and the sorceress climbs up. That is the only way to get to her. A prince, attracted by Rapunzel’s singing, overheard them, immitated the sentence of the sorceress and reached up to the beautiful girl. They fall in love immediately and plan to escape. When the witch discovers this, she sets a snare for the prince. He leaves the tower in panic, falls into a rose hedge and went blind. From then on he walks around blindly until he meets the girl again and recognizes her singing. As the tears of the girl hit his eyes, he can see again and they live happily ever afterward in his kingdom.

On the GRIMMRING Rapunzel lives in the tower of the Löwenburg in Wilhelmshöhe. It was completed by historical plans 1801 and unfortunately destroyed during WW2. 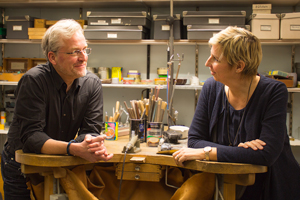